Helping the poor is a good aim, but we must not use forceful means (i.e. government programs) to do it.

The following story illustrates why. 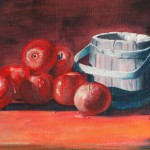 Suppose there are ten people on an island, and food is scarce. Each day the people on the island go out and scavenge for food. The first day, nine of the ten people find an apple each. The tenth, unfortunately, does not find one. He watches hungrily as the others eat. Noticing this, the nine finders get together and say “we are generous in spite of our need. Let us all give one bite of apple to the tenth, so that he does not starve”, and all agree that this is a good thing, so they do and the tenth gets nine bites of apple.

Now a few days pass, and for whatever reason, the tenth continues to return to camp empty-handed. Each night the same thing happens, where the nine each give him a bite so that he does not starve.

After pondering the situation for a bit, one of the nine who generally gets an apple thinks “scavenging for an apple is very hard work. Number 10 eats but does not find anything. If I stop scavenging so hard, then when I don’t find an apple I might get to eat a bite of each of the others’ apples.”

And so the next day, he does not find an apple. The eight who do get together and say “We are generous in spite of our need. Though it is even harder for us than before, we will give away two bites each so that the two without food do not starve.”

On the next day, two more have the same realization and only six of the ten have found food.

Now, there is clearly a problem. How is this problem resolved?

Those that are finding food may realize that their continued generosity will mean the demise of all of them. If they themselves don’t eat, they won’t have enough energy to find food the next day, and all will starve.

However, if there were a law enforcing the generous behavior, they would be forced to give up increasing shares of their food. Then what would happen? Either all would suffer and die as the pattern continued, or perhaps the nonfinders would perceive how dire the situation is, and some would resume finding food. An equilibrium may be reached, where there are just enough finders to find food for everyone, but they all do their work grudgingly and resent the nonfinders. Nobody feels free or generous anymore. Do you think quality of life, beyond simple survival, matters too? 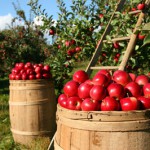 In which situation do you think it more likely that one of the finders decides to work extra hard and find twice as much food, to begin storing food up, so that he can eventually use his extra energy to plant an orchard to create more food for all?

It is like this when we try to help the poor by shifting their burden onto the shoulders of everyone in society, using the forceful means of government. This is why it’s better to limit our helping of the poor to voluntary contributions and charity organizations, and not institute taxation and government programs that can endanger the welfare of the society at large.

This means that sometimes we may have to sit on the sidelines and watch the heart-wrenching scene as people are suffering and we cannot help them. We may have to trust that others, with more means than us to help, will see the suffering and want to help as much as they can. It also means that the best way each of us can help is to make sure we’re taking care of ourselves as best we can, so that we may be in a position to help others when they need it.