When will a major movie producer take the plunge, and release a blockbuster movie completely free on the internet, using product placement alone to pay all the bills?

With file sharing such a perceived problem by the industry, it seems an obvious approach. Share all you want–the more people that see the movie, the happier your advertisers.

with a bunch of friends
the fun never ends
this night will go on for ever!

having an experience to remember.

but hang on a sec!
this is my bank
and there’s an ATM
you see
I don’t mean to disturb the mood

interest rates are high
and that is why
I’m asking a quick favor:

hang on a sec!
while I deposit a check.

It’s all I could think of. I hope you like it! 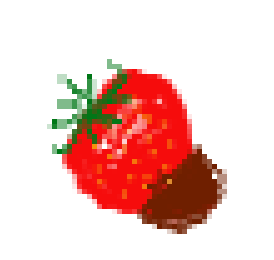 We sick an’ tired of-a your ism-skism game –
Dyin’ ‘n’ goin’ to heaven in-a Jesus’ name, Lord.
We know when we understand:
Almighty God is a living man.
You can fool some people sometimes,
But you can’t fool all the people all the time.
So now we see the light
We gonna stand up for our rights!

VII. The drunk.
“Care for a drink?” He smells. He’s slouching on a couch, next to a liqour cabinet. It’s mid-morning.

“Oh, I see you’re not interested.. hmm.. well.” He turns his attention to his mostly-empty glass of whiskey, turning it in his hand. Then he looks at the bottle in his other hand. Suddenly he perks up.

“Ah! I have just the thing.” He downs the remainder of his glass and opens the cabinet. “Nothing beats this one. An old classic.” The bottle is another whiskey, which he promptly pours into his glass and a fresh one.

“Let me let you in on a little secret,” his voice lowers. “This bottle never runs out. And it never gives you a hangover! I don’t always drink it, because.. I don’t know.. it just seems too good to be true. But I always drink it on special occasions, or around special people.”

He brightens and speaks loudly again. “Here ya go. Drink up!” He belches, drinks, belches again. “Whew! Nothing beats it. This is paradise, you know. It doesn’t get any better than this.”

He takes another swig and smiles. “No really. This. Is. Paradise. Really! This is it.”

A group of women are gathered around a round table. They are drinking tea and eating cake. They are dressed up.

One of the women is telling a story to the others: “–and *he* was wearing his bathrobe, right there at the party! Oh, how funny! And his poor wife was so embarassed that she–” she continues on, making small-talk which seems to entertain her and the others to no end.

“What could be more wonderful than to be always surrounded by friends? And there are always parties to go to!” She beams at the other women. They respond with picture-perfect smiles of adoration and jealousy.

She whispers: “It’s always been like this, and I just know it always will be! Everyone wishes they were me. That’s because I’m so beautiful, and social. And it all comes naturally to me, I have never had to try!”

He is sitting on the floor, cross-legged, meditating. His breath is slow, deep, even, and controlled. His body is lean, hard, yet relaxed.

He pauses for a moment, then launches slowly into a headstand and lets his legs fall into a split. From this position, he continues talking.

“I began studying when I was a young man to become a great yogi. I have spent my entire life dedicated to this task. And what a payout for my efforts! Look at the things I can do!”

An old man and a young man are huddled in a small study, surrounded by books. There are shelves from floor to ceiling on all sides, filled with books. Smoke wafts throughout the room from the old man’s pipe.

“Knowledge. So much. All the things you could ever want to know,” says the younger man.

The older man chimes in. “And don’t you forget it! Knowledge is power. Knowledge is everything. Whenever I have a question, I look it up in a book. Or, if I’m down, I read a book to cheer me up. Or, if I’m bored, I read a book to give me something to do. This young whippersnapper here, though, all he needs is his iPoo whatever, and he doesn’t even read any books! Kids these days. Whew! Well, anyways..” he trails off as he loses his attention back into his book.

“Whenever *I* need to know something, it’s right here at my fingertips. The young man says proudly.. Look–just that easy! What do you want to know–I know it! C’mon, ask away!” then something on his iPod takes his attention and he trails off: “..everything! I.. know everything.. isn’t it wonderful?”

III. The Provider.
A man and a woman are sitting at a table together. The woman is enormously fat. The man looks at the clock on the wall, then gets up to go to the window. He skulkily reaches through and picks up a basket from the flower bed outside, which he brings in and sets on the table. The basket contains a hearty meal.

The woman looks at him blankly for a moment, then turns her attention to the food, which she begins devouring rapidly.

“We don’t know where it comes from,” he says. “It is provided. Before it started, we had to go out and work to grow our own food. I had a lovely garden!” For a brief moment a light brightened in his face, then it flickered and went out as he continued. “One day, the basket showed up. We ate it all. The next day we only ate some of it, and we noticed that an hour after it appeared, the basket disappeared again.” The woman glances up as he starts talking, then back down to her food.

“That was when I began to suspect..” he is whispering now, and the woman is not paying attention to anything but her meal. Loud smacks emanate from her side of the table. “..that the food is not for us. The provider puts it there, but it is for someone else. Whatever we leave, goes to the others. If we take it all, they get nothing.”

“At first, I decided we’d better not take it all. But then, we were so hungry. And she..” he nods down the table at the woman who is still munching away “..she is always hungry. Now I bring the whole basket in and we eat all the food, though I leave most of it for her. She eats almost all of it, but always leaves a little for me.

“We never leave any for the others anymore. But there is always enough for us. Always. It’s all we could ask for, really.”

II. Sex.
“Isn’t it great?! There are women here you can do anything you like with! All the time! You wouldn’t *believe* all the crazy things I’ve done with them. I’ve had sex with hundreds of women. I’ve had sex in hundreds of positions. With mutiple women at once! And they all love it, no matter what perversion I subject them to–they can’t get enough! Whenever I’m not having sex, all I can think about is what I’m going to try next. Wow!”