I’ll warn you up front: I don’t have anything useful to write today, but I’m writing anyway. There, now it’s not my fault if you keep reading.

Here are the highlights from a few of the articles I read today.

From Money and Our Future, by Lew Rockwell:

The government today is marshaling every resource and every means at its disposal to prop up a failing system of the past. Meanwhile, we live in completely new times. These new times are characterized by an international division of labor, global capital flows, digital information delivery, and the slow but systematic destruction of the establishment in media, banking, and finances. What is emerging to replace them is something that no government on the planet can stop. Markets will not be crushed and they resist control as never before.

This quote harkens back to my last post in that Lew seems to be agreeing that the whole system is due for an overhaul. He’s even so optimistic as to say that it’s going to get one. Forward the robots!

But here’s a bit of a tempering view, from Bill Bonner over at the Daily Reckoning, in response to an FT claim that the moment is not far when machines “will solve problems including energy scarcity, climate change and hunger”:

Machines can help build safer bridges. They can help cure diseases. They can play chess and tell you where you left your car keys. But they can’t solve social and political problems…at least not directly. A smart computer could help build a more energy efficient automobile, but it can’t solve the problem of energy scarcity. Because there isn’t really an energy scarcity problem. Engineers, technicians and businessmen produce and sell energy—just like they produce and sell diamonds or custard pies. Stuff—including energy—is always ‘scarce.’ Even sand is scarce. The Sahara may be full of it; but when you want some for your backyard, it won’t be free. Machines—as smart as they are—can’t solve this ‘problem.’ Resources are allocated either by the invisible hand—the give and take of free people—or by the heavy hand of whoever is in power. Smart machines aren’t going to change that.

Come on Bill, haven’t you heard of replicators a la Star Trek? Have some faith in the robots of the future!

Next up we have a random graph from mises.org which serves, I think, as one important indication of what’s been going on in our economy lately: 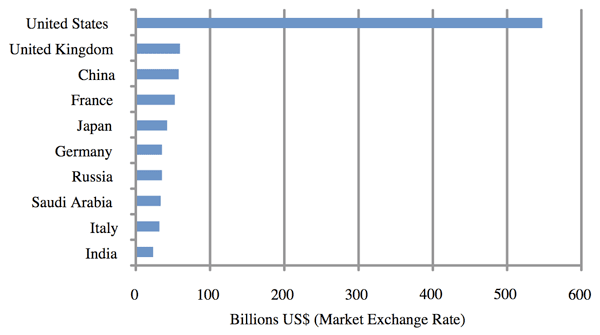 And finally, some Mogambo Guru to keep things lively:

So, naturally, I yearn for “Restoring Sound Money in America” with a fervor that is incomprehensible to my wife and kids, family, neighbors, elected officials and random passersby that I accost on the street by demanding “Do you know that you are a moron for voting into office worthless socialist/communist/fascist trash like Nancy Pelosi, Barney Frank, and Harry Reid, and then compound you stupidity by NOT buying gold, silver, and oil to protect yourself from the inevitable inflation in prices?”

I could never have said it better.