My commute brings me right around the site of the old World Trade Center in downtown NYC. Every year on 9-11, there’s some big hubbub. This year I took a few pictures and grabbed a few flyers from my commute experience, which I’m sharing here.

Most of the folk out were pushing some sort of religious views or other. There was ample opportunity to pick up various God-pamphlets: 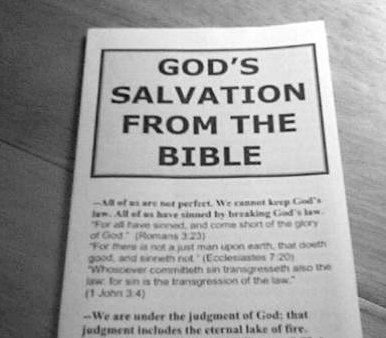 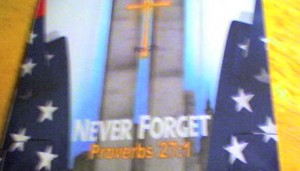 The Mennonites were out singing, although they weren’t actually singing when I went by but rather waiting for the opportunity: 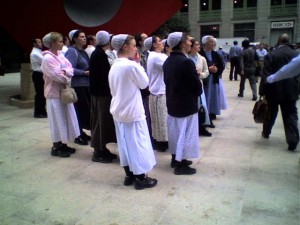 My commute took an extra 20 or 30 minutes due to the ridiculous crowds on the street. At one point the sidewalk traffic basically stopped moving completely for several minutes, while we all tried to squeeze through a one- or two-person width space. 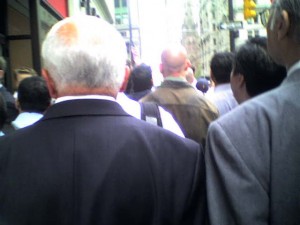 I remembered this lady from last year; she was out then too. She just bows, the whole day. Neat. 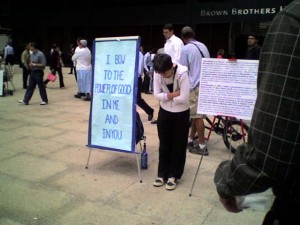 Finally, there are the 9-11 truthers out demonstrating. I didn’t get any pictures of them directly, but I got some literature. 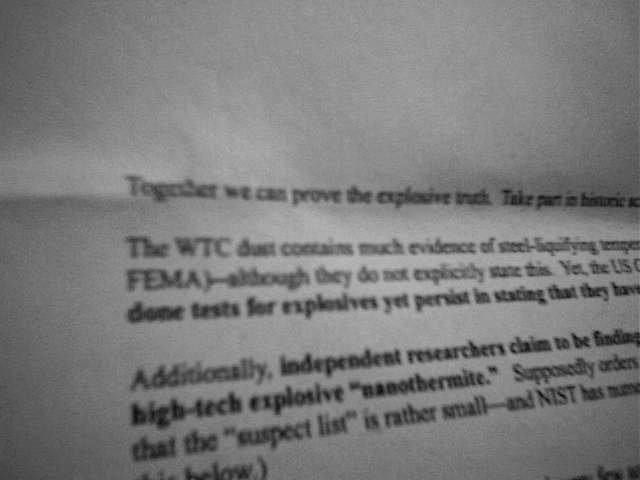 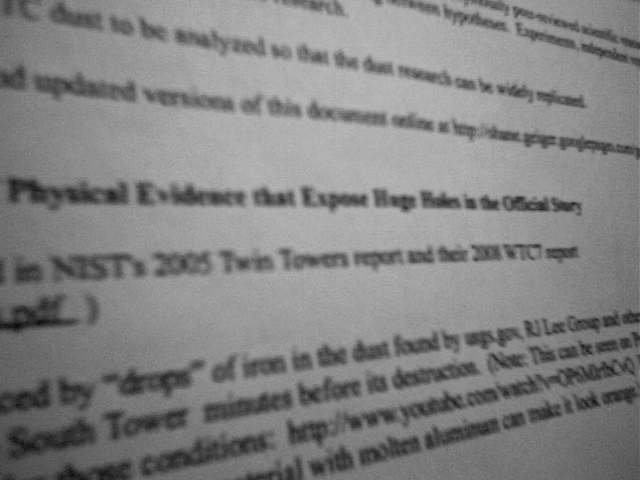 All told, it was easily a more interesting commute than usual. But given the extra time it took me to get to work, I’m glad it only happens once a year.