For Christmas, somebody had the brilliant idea to give me this little beauty. It’s a very small, lightweight remote control helicopter. And it’s fantabulous. 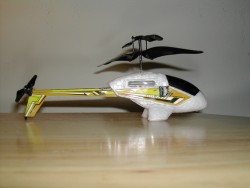 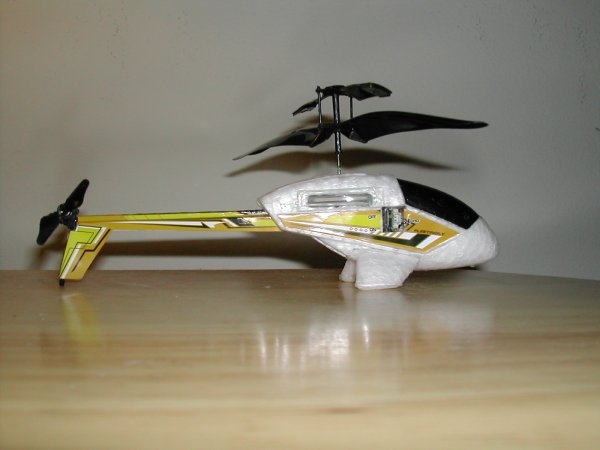 It’s about 8 inches long, and made mostly of styrofoam. The rotors are made of flexible black plastic, which makes them especially durable when you run into things (which I do all the time). The whole thing weighs about as much as two cdrs (sorry, it’s all I had handy to compare with), which is really impressive when you consider the fact that it’s got a battery and motor strong enough to keep it up in the air for 15 minutes or so between recharges. 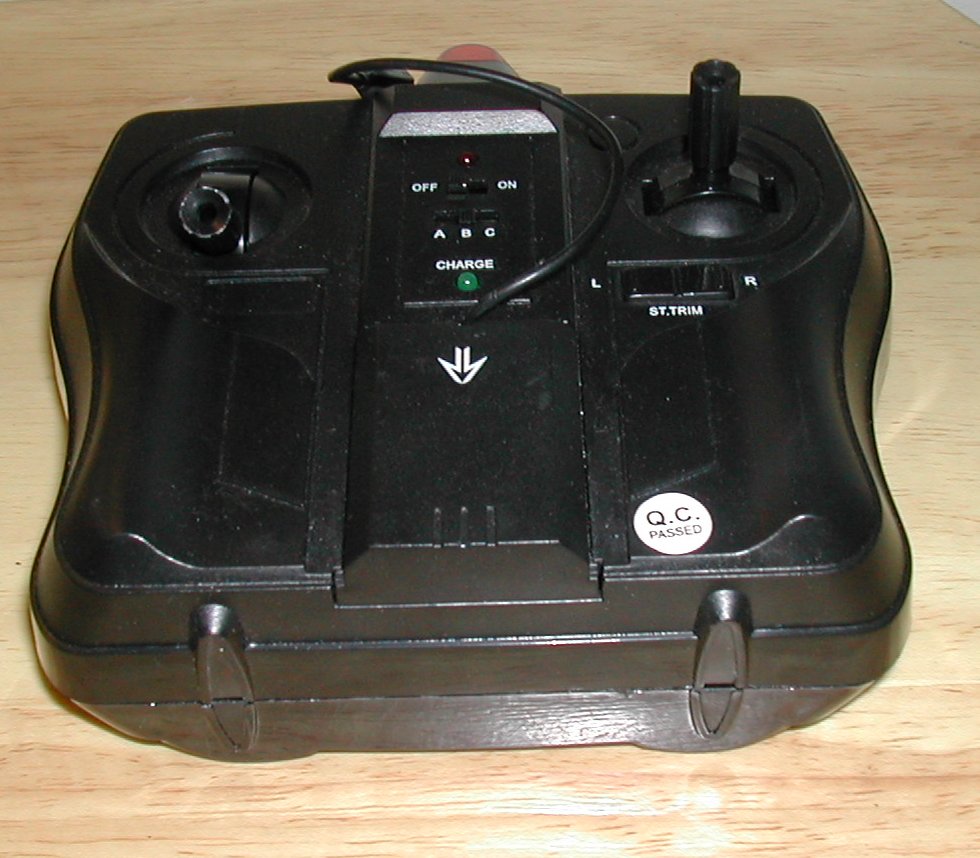 The controller is pretty straight forward; the left lever controls the throttle, the right lever controls the yaw (it turns the copter left and right), and there’s a trim adjustment under the yaw lever which is basically an alignment adjustment for the yaw. It also has three channels (the A B C switch in the middle), in case you get together with some friends who have the same device. 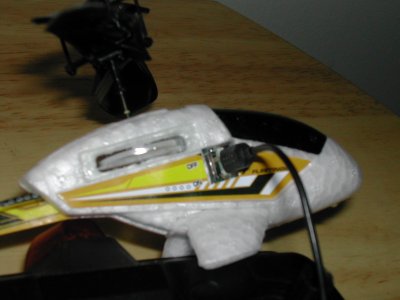 One bit that I found kind of odd was that the helicopter charges directly from the controller. I would have expected an adapter that plugs into the wall. But this seems to work fine, as long as you have enough AA batteries. 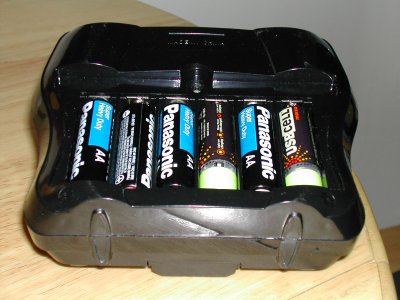 The controller takes 6 AA batteries. I would recommend getting 6 usbcell

batteries so you don’t waste throwaways.

Flying the copter is a challenge, as I would expect any R/C helicopter to be. What makes this one seem unique is: 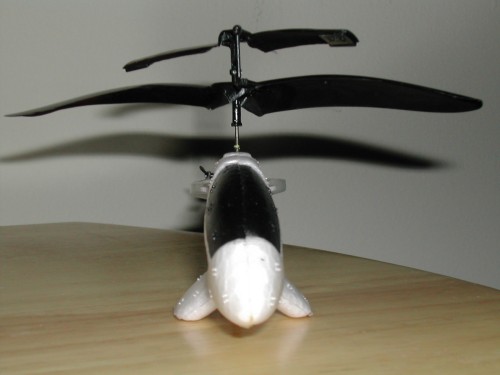